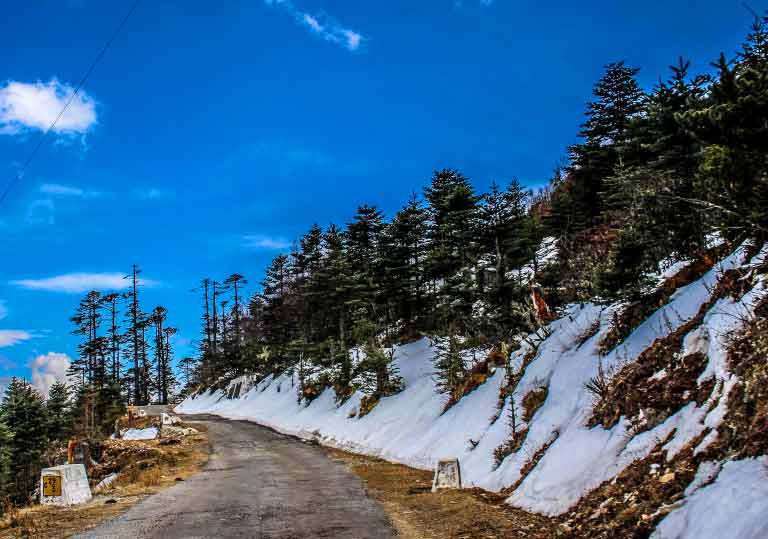 Haa Valley the most beautiful and picturesque place in Bhutan lies in the Haa district of Bhutan along its western border. Haa Valley is also one of the smallest Dzongkhag of the Bhutan Kinkdom which is a tiny region surrounded with coniferous trees, beautiful forested hills and the peace mountain peaks. It is surrounded by three Dzongkhag, Paro in the north-east, Chhukha in the south-east and Samtse in its south-west and it shares its international border with Tibet in its north-west direction. Haa valley has a narrow floor with steep north south slopes which covers an area of about 1706 sq kms. Haa valley is also known as the "Hidden-land rice valley". In 2002 Haa valley was opened for the first time as a tourist destination. The valley is traditionally and culturally very rich. People here still follow their traditions very strictly.

Haa valley constitutes of a small town on the bank of river Haa Chu with a small local market, hotels, restaurants and some main shops. Most of the places in Haa valley are still rural areas where you will be provided only with some basic facilities though it can be the perfect place to go around if you are a nature lover and love to explore the nature and its surroundings. Haa valley also acts as the base for the short treks as most of the trek routes to the view points and passes are found here. A walk to these places would be a great experience of your trip to Bhutan. The local people of Haa valley are very friendly and they welcome their guests warm heartedly. If you are a peace lover then Haa Valley is the perfect destination to spend your nights in a cozy farmhouse or the private home stays which are owned by the local people there and enjoy the peaceful nights and get relaxed from your daily hectic life. You can also enjoy the local dish of Bhutanese people such as Ema dashi made up of red chillies and cheese, dumplings, etc.

How to reach Haa Valley:

The valley is traditionally and culturally very rich. The festive season is the best time to visit Haa valley as you will come across the unchanged lifestyle, culture and traditions of the local people residing here. Don't miss out the folk dance performed by the local people of Haa valley which will give you the unique experience of tour to Bhutan.

Places to visit in Haa Valley 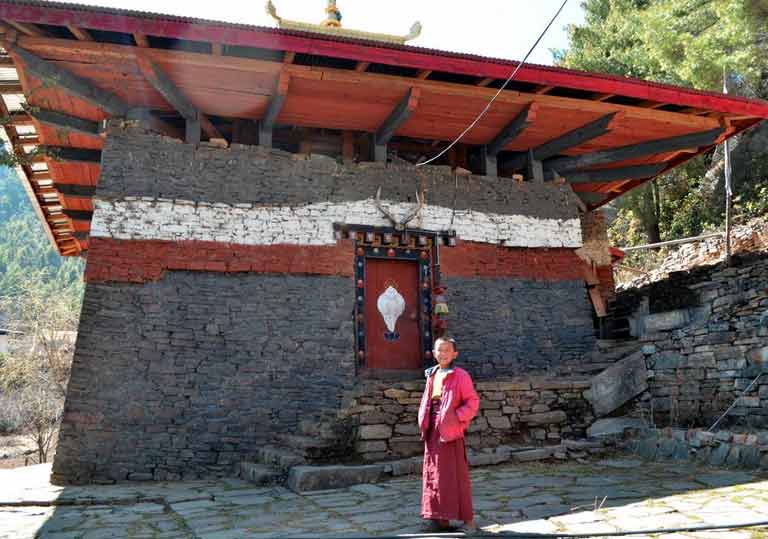 The Lhakhang Karpo and Lhakhang Nagpo are the most important sites of Haa Valley which are located in the base of three brother mountains usually known in Bhutan as ‘Meri Puensum'. Lhakhang Karpo is said to be the monastic house of Haa valley which is also known as the White Temple and Lhakhang Nagpo th Black Temple is a small Monastery on the slopes nearby Lhakhang Karpo. These temples were established in 7th century during the reign of Songtsan Gampo the Tibetan Emperor in a single day. The Lhakhang Karpo holds the oldest paintings and murals which dated back to 10 to 15 century. The paintings are said to be the evidence of early Kasmiri Buddhist arts. Though the paintings of lhakhang are mostly damaged but these paintings are of great value. The ceiling of Monastery was built and designed very beautifully. The paintings of Shakyamuni (Buddha) comprises each column on the top. Tourists visiting Lhakhang Karpo are usually attracted to these beautiful paintings and its structural patterns. 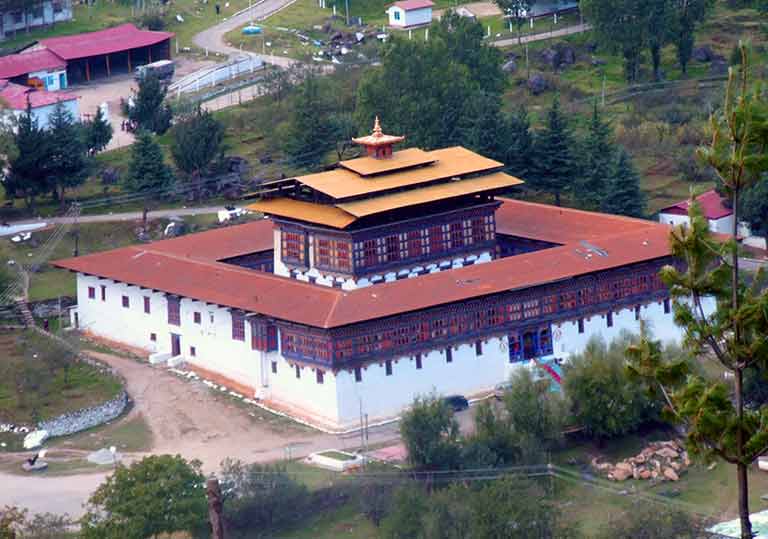 Haa Dzong is the other beautiful attraction of Haa Valley which was built in 1895 after the appointment of first Drungpa (sub divisional officer). The Dzong was built to defend the land from the foreign attacks as the location of Dzong is very close to border of Tibet. Due to break out of fire in 1913 a severe destruction of Dzong took place so the Dzong was re built again for the second time. The Dzong continually served as the Indian Military Training Team (IMTRAT) due to need of administrative house. Later on in 1968 the Dzong was again constructed which was named as Dongsar Wangchuklo Dzong and served as the District Administrative Headquarters. The Dzong has been used as for both military and secular purposes and it also acts as the reservoir of grains. These food grains are distributed to the people during the time of famine or any time of emergency. 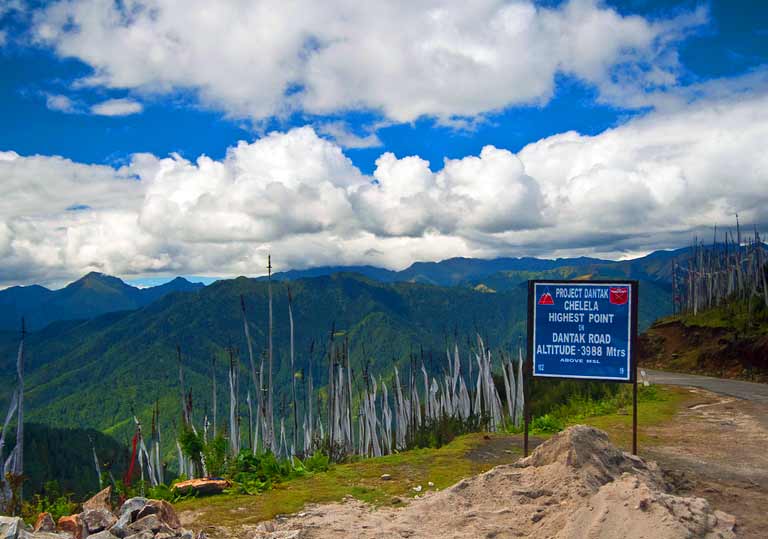 You will get a majestic view of hills and mounts of Mt Chomolhari and Jichu Drakey during the short trek to Chele la pass. Haa Valley is usually known for its adventurous treks and hiking. Chele la pass is located at an elevation of 13,000 ft above sea level and is also considered as the highest motorable path in Bhutan. Chele la pass separates the beautiful Haa Valley from the Paro Valley. On a clear day it gives the excellent view of both the valleys. To reach Chele la pass you need to trek through the lush valleys of dense green forest covered with tall pine trees and rhododendrons which will give you a wonderful touch of nature. During the flowering season the forest looks like a paradise. Chele la pass is an ideal location to enjoy your short walk from where you will get the wonderful view of the surroundings.