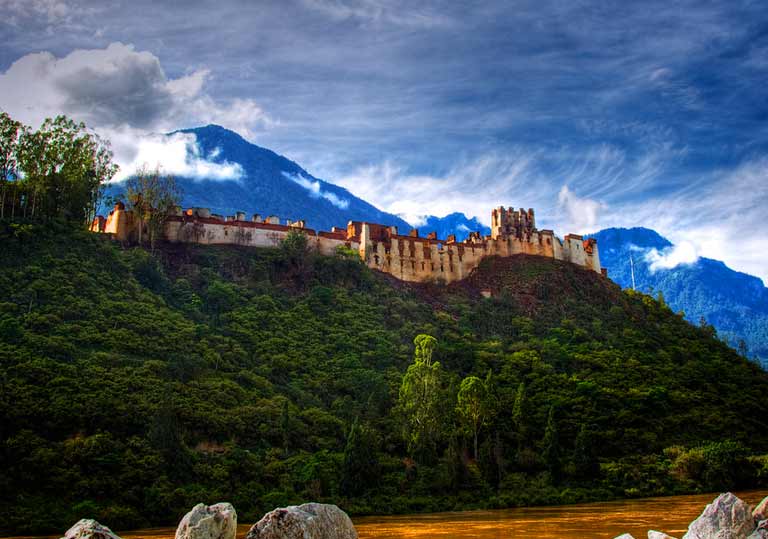 Wangdue Phodrang is one of the enlarged village of Wangdue Phodrang district located in central part of Bhutan at an elevation of 1,310 m which is the second largest Dzongkhag of Bhutan. Located in the higher altitude of Bhutan Wangdue Phodrang is better known for its availability of large pasture lands which give a huge supply of cattle to the Country. Wangdue Phodrang Dzongkhag is also famous for its bamboo products, the local people here are mostly engaged in handicrafts. Stone and slate carving is also one of the attractions of this place. Nature has blessed the place with large number of greenery and forested areas. The Bhutan Government is trying its best to protect the biological environment of the place and focusing mainly on the ecological and sustainable development.

How to reach Wangdue Phodrang:

Wangdue Phodrang can be reached through three lateral roads of Bhutan which cross the Dochu La pass and Sankosh (Puna Tsang Chhu) from the west and reach Tongsa to the east. In the north Wangdue Phodrang to Punakha and in south the lateral road departs near the Pele La pass halfway from Wangdue Phodrang and Tongsa. If you are travelling from Phuentsholing then you need to travel 226 km which may take 6 to 7 hours of journey. As it is the meeting place of highways buses from Thimpu, Paro and Phuentsholing are easily available.

The climate of Wangdue Phodrang is warm and temperate type. The summer season mostly forms a rainy day and the climate during winter seems to be chilled. So the spring and autumn seasons form the best climate to visit Wangdue Phodrang.

When to visit Wangdue Phodrang 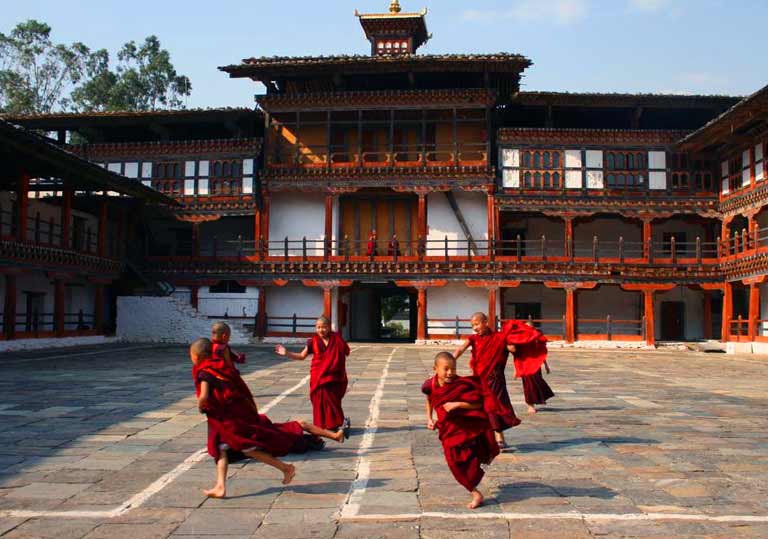 Wangdue Phodrang Dzong is one of the famous places for sightseeing in Wangdue Phodrang Dzongkhag. Tourists visit this place to view the beautiful location of Dzong which is beautifully built at the confluence of Punakha chuu and Tsang chuu. The Dzong was built by Zabdrung Gnawang Namgyal the founder of Bhutan Kingdom in 1638. The WangduePhodrang Dzong is usually opened for the tourist during the autumn when Wangdue Phodrang Tsechu is celebrated. But since 24th June 2012 Dzong has been closed for the visitors due to breaking out of devastating fire which was said to be the big loss for the kingdom of Bhutan. It is said that the Bhutan had submitted Wangdue Phodreag Dzong to the World Heritage List a few months ago before the Dzong suffered th huge loss. The loss of Dzong brought almost all of Bhutan into morn as the Dzong stood as one of the important fortress of the country. Although you can view the outer structure of the Wangdue Phodrang Dzong which was beautifully structured in the ancient times and the natural environments surrounding it. Though the Dzong went through severe damages most of the important ancient texts, paintings, statues were revived from the fire. 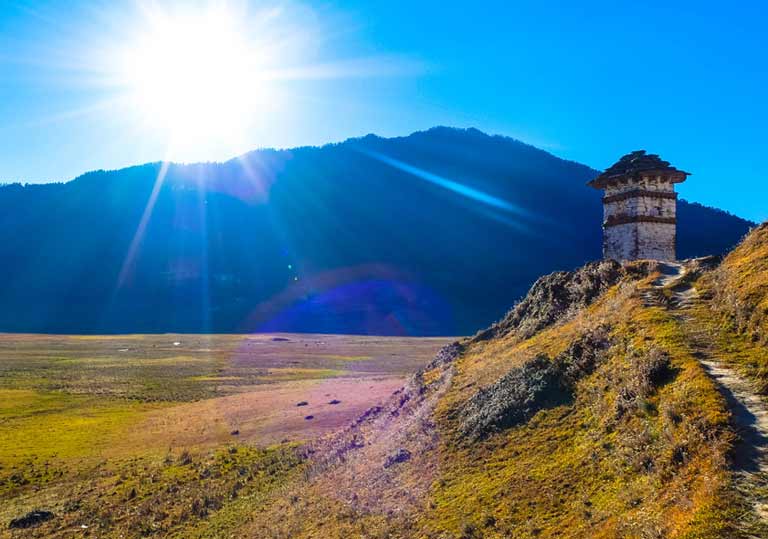 The valley of Gangtey and Phobjika provides the most pleasant and beautiful view of Bhutan which also seems to be the famous tourist spot of Bhutan Kingdom. The valley of Gangtey and Phobjika Valley are located at the U-shaped glaciated valley on the western side of central Bhutan at an elevation of 3000 m above sea level. The valley is rich in its biodiversity and about 163 square kilometres of land area has been declared as protected area. This large valley of Gangtey and Phobjikha are well known as the marshland of Bhutan. The valley is fed by two rivers which are commonly known as Neck chuu and Phag chuu. The natural environment and the chilled climate of the valley attract a huge number of tourists. Due to its high altitude the higher parts of the valley are mostly covered with snow. The local people of the valley are friendly and innocent and will give you the warmest welcome in their place and make you feel comfortable. The valley is also famous for the Black-necked crane which is said to be a globally threatened species. The valley together with its culture, tradition and flora-fauna attracts a huge number of tourists. Gangtey valley is also best known for trekking. The trek usually starts from Phobjikha valley and ends in different parts of the valley. Throughout the trek you will experience the thrilling and adventurous routes of Bhutan. Adventure loving people will love to trek these places and experience the new thrill in their Bhutan tour. 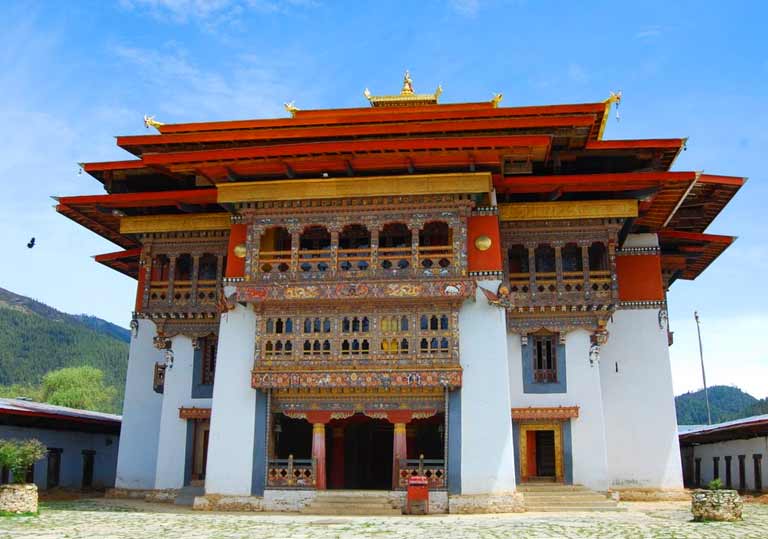 Gangtey Goempa is surrounded by Gangtey village giving an outstanding view of the location. The Monastery was established in 17th century with a huge complex. The monastery building consists of main temple, monk's hostel, meditational centre and guest house in it. The religious importance of the valley is the other attraction, the Cham dance performed during the festive season at the annual time of tsechu is the other factor for the growth of tourism in Gangtey and Phobjika valley.