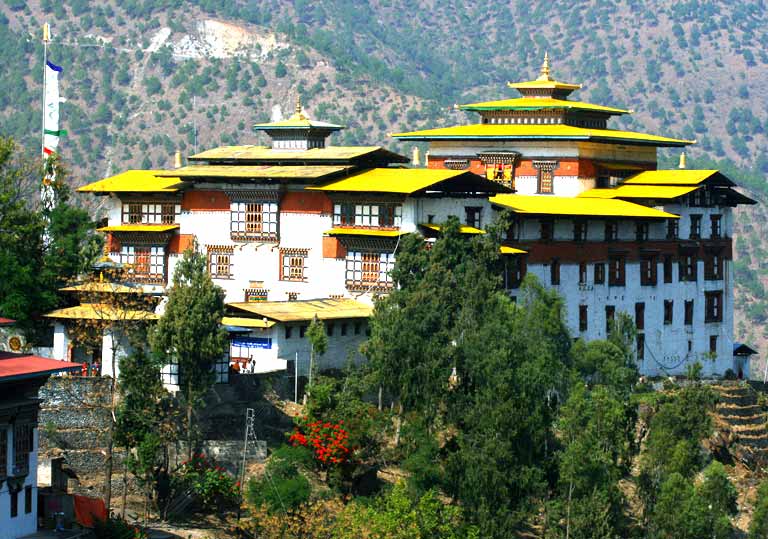 How to reach Trashigang:

From Thimpu you need to cover 189 km by road which would take about 14 to 15 hours to reach or if you are travelling by air then you need to take the flight for Paro and from Paro airport to Yongphulla airport as this is the only airport that serves for Trashigang.

When to Visit Trashigang:

The pleasant weather of Trashigang starts from the starting of March. Tourists usually visit Trashigang during the month of March/April and September/October as these months of the year seems to be the festival time where you will also have an opportunity to view their religious dance which is performed wearing a large mask. The month of March/April is the best time to exhibit rhododendron which will give you a beautiful view of the forest surrounding Trashigang.

Places to visit in Trashigang 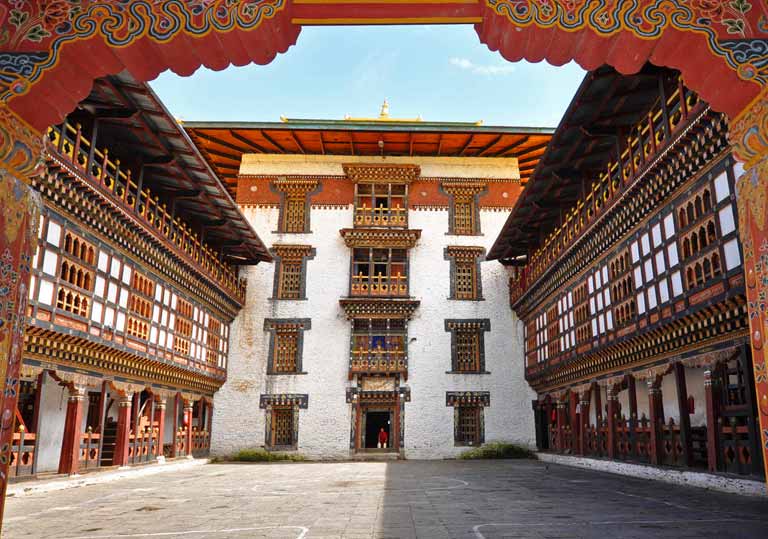 Trashigang Dzong is one of the important landmarks of Trashigang Dzongkhag and a popular place of sightseeing in Trashigang. The Dzong was built in 1659 by Zhabdrung Gnawang Namgyal in order to defend the Kingdom from the invasion of Tibet and also to spread the Drukpa rule in the eastern part of Bhutan. Once the Trashigang Dzong had an authority to rule the whole eastern region of Bhutan. Trashigang Dzong which serves as the administrative seat for Trashigang Dzongkhag is also a house for monastic community. The Dzong is built beautifully with the traditional touch and beautiful pieces of architecture and the interior walls of the Dzong are painted with the Buddhist themes. The Dzong is a five storied building and is the house of nine temples among which Dupthob Lhakhang has been considered as the most sacred and important of all. The statue of Dupthob Thangthong Gyalpo is held in this lhakhang who is said to be the builder of great iron bridge of Tibet, Bhutan and the Himalaya regions. The annual festival in Trasnigang Dzong is celebrated in the month of October from 7th to 11th day of the Bhutanese calendar. During this festival a large scroll of Thongdrel is displayed to the public with their popular mask dance. 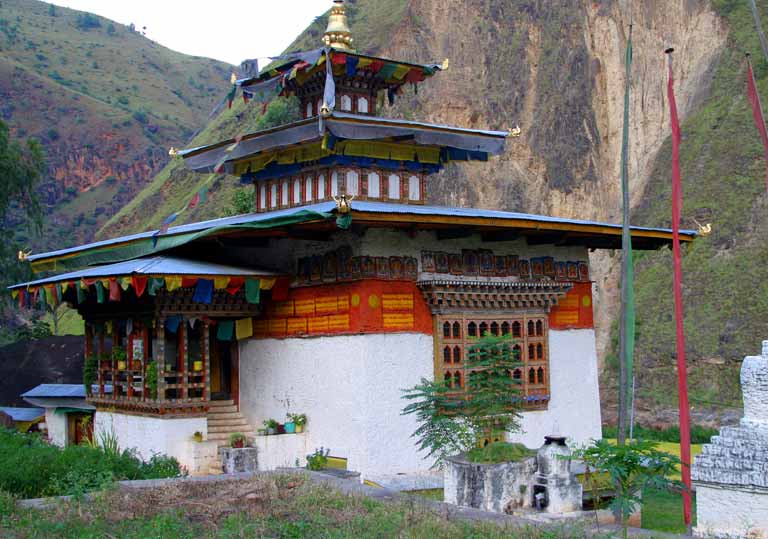 Gom Kora is one of the ancient Lhakhang which is famous for its rock garden situated at the small alluvial plateau 24 kms away from Trashigang. The Gom Kora Monastery was built during the 17th century by Minjur Tempa and is famous for its old paintings. The monastery is surrounded by rice fields and the clumps of banana trees. It is said to be the place where Guru Rinpoche had meditated to chase the demon dwelling in a huge black rock. This monastery lies in the way to Trashiyangtse from Trashigang. Saints from different places across the country as well as from foreign countries come to meditate in this religious and sacred monastery. The Gom Kora monastery is situated in a peaceful location with a beautiful view of the surroundings. Most of the local people from the nearby surrounding areas come here to offer their prayers. The monastery consists of large numbers of religious paintings and texts along with the statue of Guru Rinpoche. During the festival times the wall sized paintings are kept for the display. The monastery complex is also used as a house for monks. The annual festival of three days attracts a huge number of tourists from different places and the Dakpas of Arunachal Pradesh visit this festival yearly. 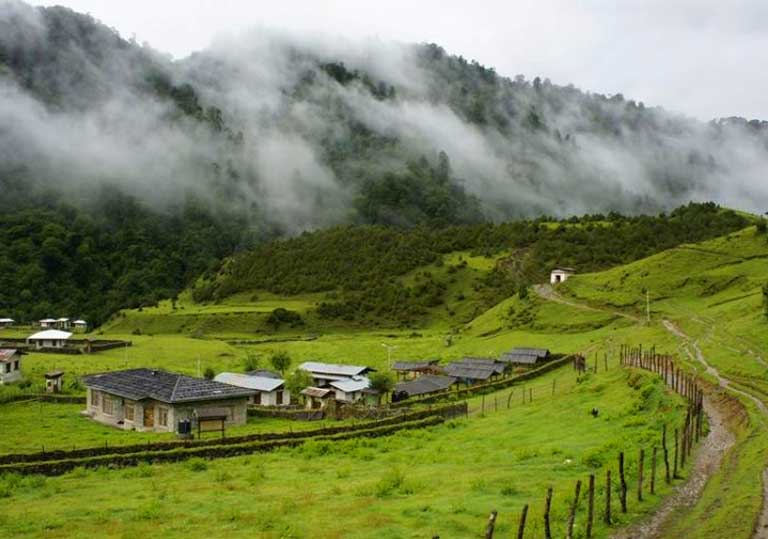 Sakteng Wildlife Sanctuary is one of the ten protected areas of Bhutan and is one of the youngest protected areas declared as Sanctuary in 2003. It is the most visited tourist spot in Trashigang. It is also listed in World Heritage sites of Bhutan. The Sakteng Wildlife Sanctuary covers a total land area of 740.60 square kilometres at an altitude ranging from 1700m to 4100m above the sea level located at the eastern most corner of Bhutan. One of the major aims of Sanctuary is to conserve ‘Yeti' the monstrous snowmen commonly known as ‘migoi' by the local people. The sanctuary consist almost 35 species of rhododendron. In its flowering season the forest looks beautiful and is also known as the ‘Paradise of rhododendrons' in Bhutan. The Sakteng Wildlife Sanctuary also constitutes of more than 200 species of trees, shrubs, small plants which also includes the medicinal plants. Globally threatened endangered species like red panda, Himalayan black deer, Himalayan serow, musk deer, common leopard, capped langur, jungle cat, etc are found here. More than 200 species of birds are seen in the Sanctuary. Sakteng Wildlife Sanctuary represents the diversity of eastern Himalayas and its terrestrial ecosystem.